Grow Your Medical Practice, and Get Your Life Back

Systems: The Backbone of Your Level Three Medical Practice 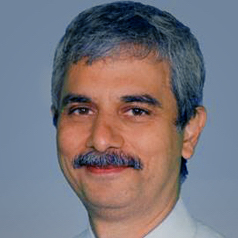 What would happen to your medical practice if one of your key people (including yourself) got hurt?

Most companies make the mistake of trying to scale the one legged stool of “Team”. Now if everything stays in balance and alignment you can sit on that one legged stool, but it is a wobbly place to sit.

When you scale based solely on hiring “key” people, you just create a new problem for yourself. You move the critical dependency from your shoulders to those of your key hires.

What happens if you have an employee issue?

What happens if a critical team member’s spouse is relocated, or someone gets hurt?

If the only leg of your stool is “My people will handle it,” your stool will topple over the moment your people are not, for whatever reason, there to handle it.

That’s why we’re so adamant when working with a medical practice coaching client that they build on the stable, three-legged base of systems, team, and internal controls. Sure, you’ll still want great talent on your team, but you’ll also create stability and scalability by empowering your team with the structure (i.e., systems and controls) they need to produce more, better, and faster for your company.

Scaling on the stable base of systems, team, and controls means that your practice can handle the loss of a key team member.

Plus, by having the other two legs of systems and controls, it’s much easier to find, hire, and onboard new team members because you have a structure into which to integrate them.

The solid core of any practice are the systems that are used to operate it.

Systems are reliable processes and procedures that empower your practice to consistently produce an excellent result for your clients or customers. They’re documented best practices that increase your company’s efficiency and reduce costly mistakes.

Systems include documents and processes such as: the checklists your shipping clerks follow to ensure that all orders are shipped correctly; the orientation process for all new clients when you begin working together; and the standardized contracts you use with all your new hires and vendors.

Basically, business systems include anything captured in a tangible format versus locked in the brain of an individual team member that enables the practice to obtain consistently great results.

Take the example of Bonnie, who owns a very successful occupational therapy practice in North Carolina. She’s both smart and a talented occupational therapist. After we’d been working together for four months, it became clear that the office manager running the administrative and billing side of her practice wasn’t the right fit for her practice.

While it’s never easy to let a team member go, Bonnie knew her company needed someone else in that key role. It took her almost two months to gather her courage and break the news to this staff member.

During that time, Bonnie realized that most of the knowledge for how to run the back office in her practice wasn’t formally captured in any systems but existed in her own head as well as the head of this office manager.

We coached Bonnie on how best to let her office manager go and use her new hire as an opportunity to systematize the core functions of that role.

Bonnie wrote a clear job description with the aim to hire to meet its requirements. She wrote out the step-by-step procedures for bringing on a new client, including collating all new client documentation with filled-out samples so any team member could walk a new client through the process. She redesigned her billing procedures to make sure clients were charged the right amounts at the right times. She documented the therapist scheduling processes and the other key back-office functions.

In the end, Bonnie reduced the reliance of her practice on any one person in the office manager’s role, helping her to find and successfully onboard her new office manager, Lauren.

How much of your business know-how is locked away in the brains of others? What if you lose one or more of these team members? What can you do in the next 90 days to reduce the ulnerability of your practice if any of them were to leave, including you?

The Discipline of Creating Systems

Building systems is a team effort and company-wide discipline. You’ll need to train your team to create, organize, use, fine-tune, and if need be, eliminate your business systems. Many of your new team members will have little or no training in the importance, creation, and refinement of systems. In fact, some will see systems as a hassle or an impediment.

It’s your job to help them recognize how useful systems can be to get their jobs done—and how critical they are to the long-term success of the practice.

One of your key leadership responsibilities is to establish the discipline and culture of creating and using systems in your organization.

You won’t set this up all at once; rather, it’s a cumulative process that takes place over time.

The 2 Layers to Every Successful Business Systems

Every successful business system has two layers: the process layer and the format layer. The process layer consists of the step-by-step process or procedure you’ve created. Does your system accurately capture the steps of the process so that when you follow it, you consistently get the desired result? It does you no good to formalize poor processes.

You want your systems to capture your best practices and winning moves, making it easier for your company to replicate and scale those successes.

The format layer deals with how you package and present your system to your team. Is your system easy to use? Is it transparent so team members intuitively understand how to use it? Can it be automated so much of the work happens via technology instead of manual work?

For example, this could be automated reporting built into your database to track sales or monitor client orders. It could also be enterprise software that your team uses to run the entire flow of your practice, featuring key systems built directly into the software. Or it could be simple, low-tech tools like a script for your scheduling assistant to use when he or she leaves a message for people, or a standardized form that your receptionist gives each new client to fill out upon arriving for an appointment.

Done right, systems make life easier for your team and success more predictable for your practice.

Having a solid process isn’t enough. You have to package that process in ways that your team will actually use.

How do you know if your system has a good, useable format?

Ask one simple, unambiguous, incontrovertible question: Is your team using it? The real test is whether your team embraces it, ignores it, or even worse, creates a shortcut system for the task.

Your team members want to do a good job. If your business systems are simple, intuitive, and effective, they will use them. If they’re confusing, complicated, bloated, or cumbersome, they’ll ignore these systems and even create their own “cheat sheet” hybrid versions instead. But these homespun, individual hybrids normally aren’t scalable.

In fact, they usually only work for that one team member and only as long as the volume of your practice stays relatively level. Plus, even if this private shortcut works, rarely is it ever captured in a way that the rest of your practice can use it. And when that team member goes, so does that know-how.

To get the format layer right, watch the way your team members use, or don’t use, your systems. Don’t argue, don’t preach, don’t cajole—simply observe. Take their behavior as critical feedback to refine and improve your systems. Remember, they’re meant to leverage, empower, and simplify the lives of your employees, so don’t fall in love with any specific system. Rather, fall in love with the result it’s intended to generate.

Ultimately systems will form the structured backbone of your thriving practice. 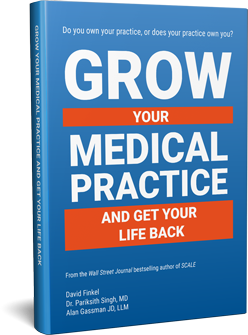 Grow Your Medical Practice and Get Your Life Back